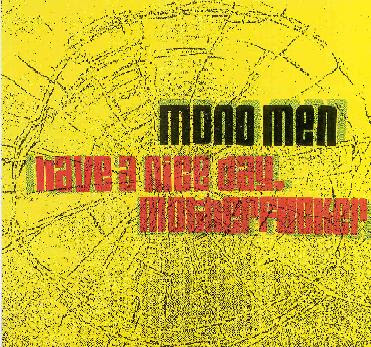 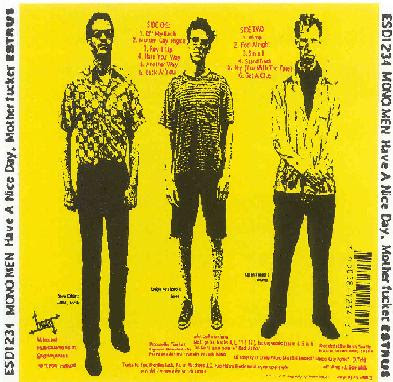 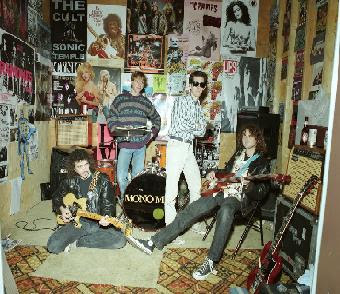 Final LP In 1997 From The Bosses Of Ultra Crude & Wild Garage Punk On Estrus Records.
We Love Them Cause They Used To Release Exactly The Same Old Record Over The Years and Remained Top Of Their Fabric. Unbeatable!!!
http://rapidshare.com/files/45557054/the_monomen_-_have_a_nice_day_motherfucker__192s_.rar.html
Posted by punkdeleimon at 8:50 AM 1 comment: 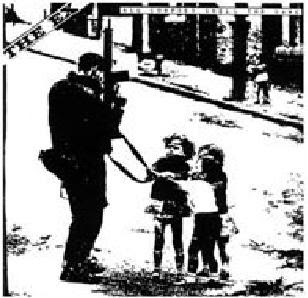 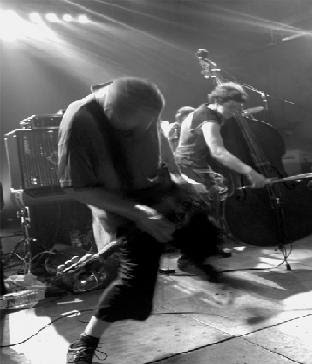 First 7'' Vinyl Single Of The Dutch Band after appearing with one track on the 'Utreg Punx' compilation single.
http://rapidshare.com/files/44401758/1980_-_the_ex_-_all_corpses_smell_the_same_7__.rar.html
Posted by punkdeleimon at 1:43 PM No comments: 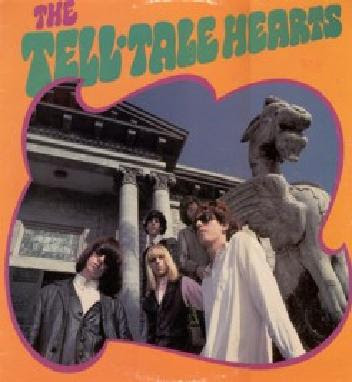 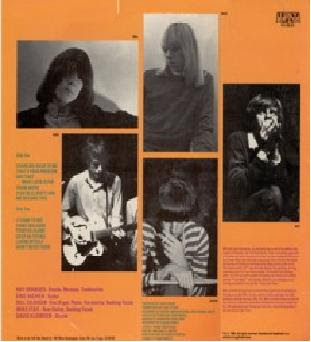 A Request From Hector! The 1st LP From The Tell Tale Hearts!
http://rapidshare.com/files/43426624/Tell-Tale_Hearts-s.t.rar.html
Posted by punkdeleimon at 10:46 AM No comments: 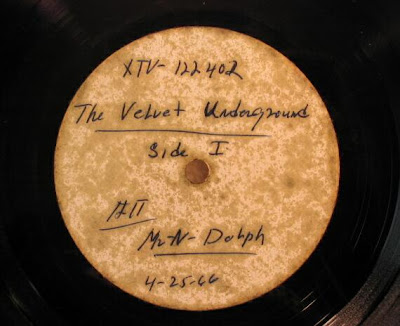 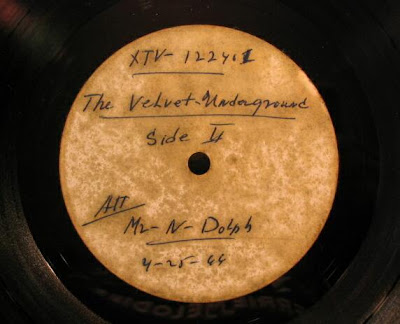 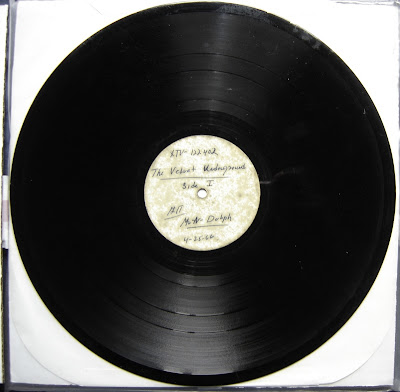 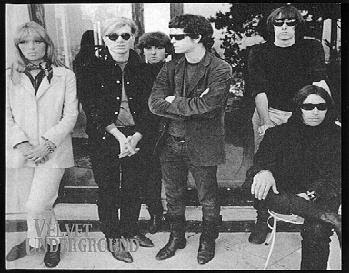 THE MYSTERY OF THE VELVET UNDERGROUND'S "REAL FIRST RECORD" (AND HOW THE ONLY EXISTING COPY WAS BOUGHT FOR 75 CENTS).
Probably you already know the score, but if you dont the whole story of this record is included in the rar file. The album is so pricey because it’s thought to be the only surviving copy of the early version of The Velvet Undergrounds’ classic eponymous album.
The 1966 recording features nine alternative versions of Velvet Underground tracks and is thought to be part of the much reported Lost Scepter Studio Recordings.
Arguably the rarest and most important rock'n'roll and art artefact in the world". They claim that this is, in fact, the original version of the Velvets' legendary first album The Velvet Underground and Nico, their proof being that producer Andy Warhol apparently sent it as the finished article to Columbia records - who responded to the depravity within with the words to the effect of "do you think we're out of our fucking minds?"
http://rapidshare.com/files/42867287/velvet_underground_acetate.rar.html

Posted by punkdeleimon at 8:45 AM 8 comments: 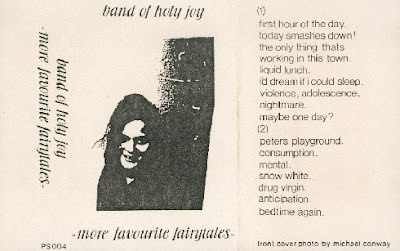 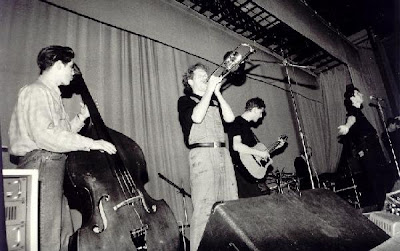 Formed in London by Newcastle singer/lyricist Johnny Brown, the Band of Holy Joy was something of a theatrical English analogue to Poi Dog Pondering: a large and loose ensemble of varied semi-acoustic instrumentation (fiddle, accordion, harmonium, piano, trombone) that created idiosyncratic music in a number of nostalgic traditions. With nods to folk, cabaret, busking and literature, the group's records are emotional and articulate, using tasteful understatement and rustic simplicity to sell songs with unpredictably offbeat lyrical concerns. This is their first ever release on cassette in 1984.
http://rapidshare.com/files/42684990/band_of_holy_joy_-_more_favourite_fairy_tales.rar.html
Posted by punkdeleimon at 9:11 AM No comments:

The Wicked Thing Mixtape # 3 The July Blast Off

Posted by punkdeleimon at 7:14 AM 2 comments: 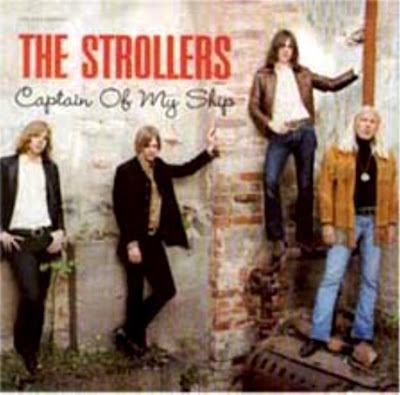 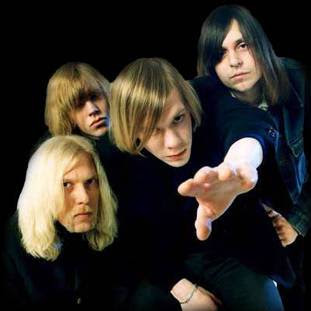 Back In The Garage Once Again With The Second Full Effort From the Mighty Strollers!
Always Trust The Sweds, They Kill...!!!
http://rapidshare.com/files/41234311/strollers_-_captain_of_my_ship-2000.rar.html

Posted by punkdeleimon at 4:18 PM 3 comments: 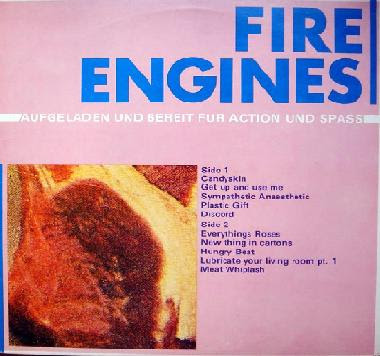 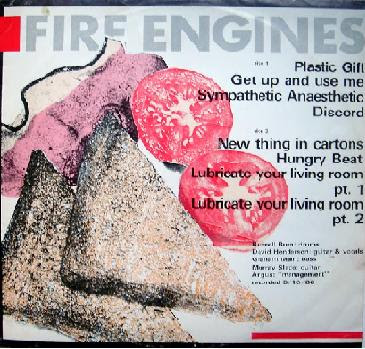 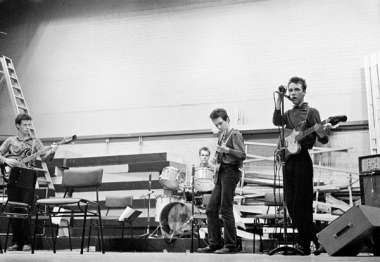 This Is The Re-release A Year Later Of The Debut LP From Northern Mavericks The Fire Engines. Originally Released On Pop Aural In 1980.
http://rapidshare.com/files/40582294/Fire_Engines.rar.html
Formed in Edinburgh in 1980 from the ashes of The Dirty Reds, the Fire Engines line up of Davy Henderson (guitar / vocals), Murray Slade (guitar) Russell Burn (drums) and Graham Main (bass) were, although very different in style, still very much part of a thriving Scottish post punk scene that featured Orange Juice, Josef K, Scars, Aztec Camera and The Associates. Inspired by the Voidoids and James Chance, their live shows were frenzied affairs, short sharp shocks, chaotic, unpredictable and never more than fifteen or twenty minutes long. Pure aggression, it was passionate and exciting - jagged guitars clashed with Burn's frantic drumming while Henderson randomly screamed and yelped undecipherable lyrics over the whole glorious noise. They released their debut single 'Get Up And Use Me'/ 'Everything's Roses' on their own Codex Communications label in the summer of 1980 attracting the attention of Postcard's Alan Horne and Bob Last who's Fast Label had recently released debut singles from The Mekons, Gang Of Four and Human League. Horne was desperate to sign the band to Postcard, but the Fire Engines ideals, vision and sound were more in In keeping with the Fast Records ethos. Last released their debut album 'Lubricate Your Living Room' soon after on his new imprint Pop Aural, a stunning eight track set featuring 'Discord', ‘New Thing In Cartons’, 'Hungry Beat' and ‘Plastic Gift’. The next single 'Candy Skin' / 'Meat Whiplash' was released the following year closely followed by the group's third and final single 'Big Gold Dream' / ‘Sympathetic Anaesthetic’ at the end of 1981, a performance on BBC 2's Riverside proved to be their swan song and that was it. Murray Slade and Graham Main went back to their day jobs, while Davy Henderson and Russell Burn formed Win in the mid eighties and the two are still together today as Nectarine No. 9.( From Domino Records Site )

Posted by punkdeleimon at 9:00 AM 5 comments: