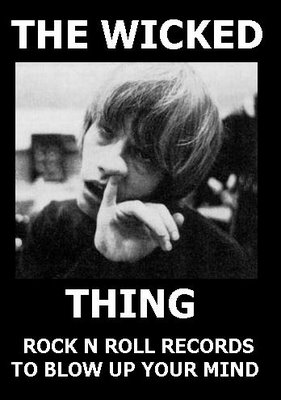 Posted by punkdeleimon at 5:10 PM No comments: 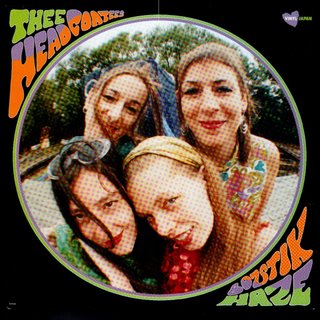 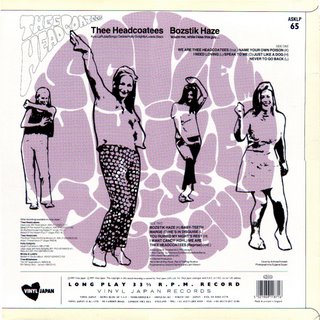 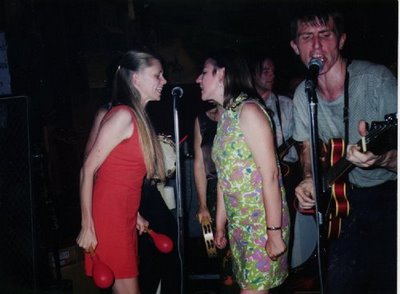 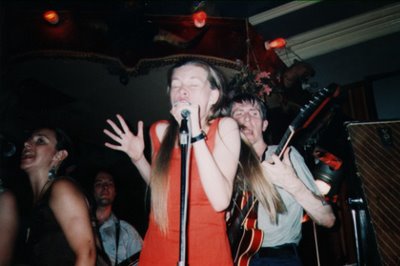 The Strollers-Falling Right Down (Low Impact 1999) 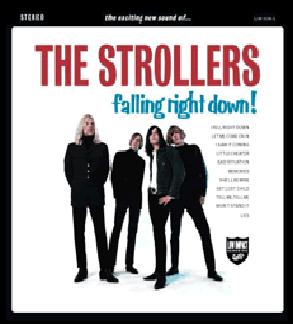 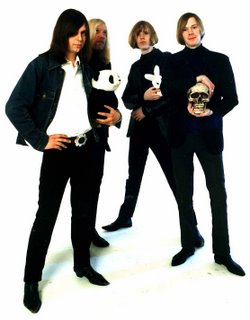 The Strollers Released " Falling Right Down" LP In 1999 On Low impact Records Fully Recorded With 60s Equipment. Raw, Crude And Farfisa-Driven Captures In The Late 90s That Unique Sound And Feeling Of The Early Sixtees Garage Bands. Excellent!!!

In 1992, a gang of thirteen year olds started out playing Chuck Berry covers under the name Free Force. They soon changed personnel and became The Strollers.Before long they had built up a good reputation, playing 60´s punk at dances and parties. When asked about influences the band mentions Music Machine, The Seeds, The Sonics and Monks but also Unrelated Segments, Bernie Boys, Dukes of Dixieland and Kenny & the Kasuals.Summer -97 one of Low Impacts founding fathers stumbled upon a gang of street punks, looking like they recently arrived from the mid sixties. As a result of this meeting The Strollers made their debut record which was a 7" EP.In April -99 the bands debut album "Falling Right Down" was released. 11 new originals recorded on equipment from the sixties to get the right sound. The album was produced by the Strollers.The Strollers recorded a second album, titled Captain Of My Ship and did their first and last European tour before they decided to call it a day.Their original brand of garage rock'n'roll are missed by many fans all over the globe.

Posted by punkdeleimon at 2:03 PM 2 comments: 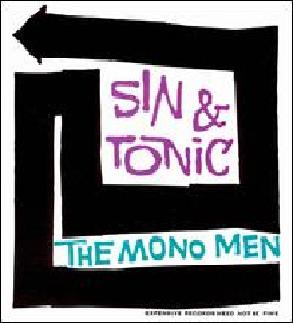 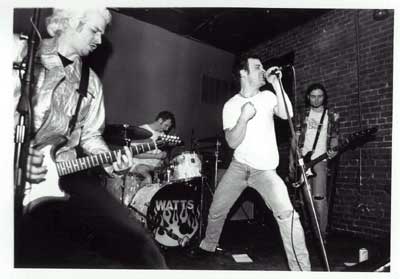 
About two hours from Seattle, in the seaside town of Bellingham, WA, the Mono Men pursued their campy retreat to '60s rock revivalism via the Sonics, the Wailers, and loads of teen exploitation flicks, but don't be fooled — their music is loud, fast, and aggressive.The Mono Men doubled as indie label gurus, forming and running garage rock asylum Estrus Records; they also host the annual Garage Shock music festival in upstate Washington. Their lineup included Dave Crider on guitar and vocals, Ledge Morrisette on bass, Aaron Roeder on drums, and John Mortensen (ex-Game of Vultures), who replaced original guitarist Marx Wright after 1990's Stop Draggin' Me Down
Posted by punkdeleimon at 3:36 PM No comments: 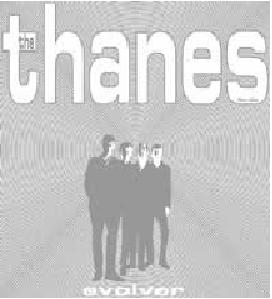 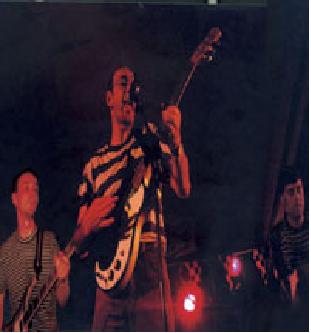 Magic Stuff In This Nice CD Only Complication From The Endiburgh Beat Band The Thanes.
more Info About Them On their Fan Site @ www.members.lycos.co.uk/thethanes/
Posted by punkdeleimon at 7:38 AM No comments: 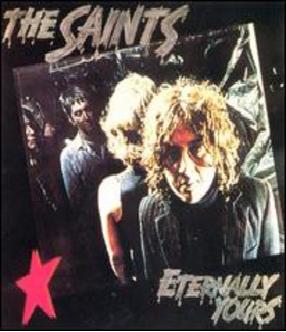 Maybe The Greatest Record In The History Of Australian Rock n Roll From The Explosive Saints. Check The Download Link For One Of The Greatest Songs Ever Made On Planet Earth!!
Posted by punkdeleimon at 2:42 PM No comments: 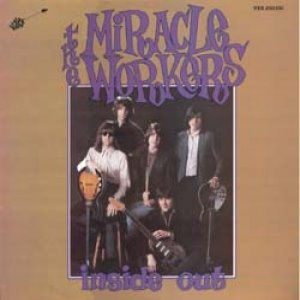 The Miracle Workers were a rock and roll band in the 1980s, who began as a garage rock revival band in Portland, Oregon and then moved to Los Angeles in 1986, upon which they incorporated more hard rock and alternative rock influences paralleling the grunge scene in Seattle. The Miracle Workers were amongst the founding bands of the stoner rock movement.
Due to problems with drug use by some members of the band, they split up in 1992.
Members of the group resurfaced in Switzerland in the late 1990s, in several bands playing blues, psychobilly, and garage rock, such as Cavemannish Boys and The Get Lost and The Queens of the Stone Age.
The above is accurate, but lacking detail.
The Miracle Workers were formed in January 1982 by Gerry Mohr, (Vocals), and Joel Barnett, (bass guitar). The original guitarist and drummer left the band early on. They were friends of Gerry's, but weren't interested in garage rock. Matt Rogers, a friend of Joel's, became the guitarist. Ron Sheridan became the drummer, and would later leave to pursue a business career.
The band stabilized in 1984, with the addition of Dan Demiankow, (Guitar, organ), and Gene Trautmann, (Drums).
Discography from this time is:
Several songs on compilation LPs, with the band line up being Gerry, Matt, Joel, and Ron. Recordings from 1982.
"Miracle Workers", 4 song EP on Moxie records, 1984. Line up was Gerry Mohr, Joel Barnett, Matt Rogers, Danny Demiankow, and a short term drummer, Jeff Grassi.
"A Thousand Micrograms of the Miracle Workers", (Sounds Interesting Records), 1984, 6 song EP, marked Gene Trautmann recording debut with the band.
"Inside Out", Voxx/Bomp 1985 LP, recorded in Los Angeles.
These recordings, and the bands style was in line with contemporary garage rock revival acts, such as The Chesterfield Kings and The Lyres.
The 1989 LP on Get Hip Records, "Moxie's Revenge", supplemented this period with outtakes and unreleased recordings.
In the Spring of 1986, the band decided to move to Los Angeles. Joel Barnett left the band at that time. Robert Butler, from The Untold Fables, became the bass player and Dan Demiankow quit over musical differences.
In April of 1986 Joel Barnett formed The Bo Diddley Headhunters, switching to guitar, bringing in his wife Linda to play Vox organ, Brian Ingram as singer, and Terrence Kerrigan on drums. The sound of the Bo Diddley Headhunters was very Doors-ish. A 5 song EP was recorded in Dec 1986 with two original songs "600 Days" and "My Time" released in Sweden. Numerous live bootlegs exist of this offshoot group which performed with The Dogmatics, Faith No More, The Surf Trio, and The Lyres.
The Miracle Workers lineup in 1986 became Gerry Mohr, (v.), Matt Rogers, (guit.), Robert Butler, (b. guit.), Gene Trautmann, (d)
The Miracle Workers liking for harder edged, late sixties/early seventies bands such as the MC5, Stooges, and Flamin' Groovies came to the fore. Their sound became very influenced by this and it can be heard on their LP's "Live at the Forum", "Overdose", "Primary Domain", and "Roll out the Red Carpet", with the first two being especially notable.
In 1989, Joel Barnett joined former members of The Surf Trio and Drivetrain to form The Wicked Ones. Multiple recordings of dubious quality, despite the high caliber of the lineup, were made by this band, beginning with their three-song EP released on Get Hip Records.[1]
Gene Trautmann quit the band ca. 1990 and was replaced on drums by Aaron Sperske. Aaron Played on the "Roll Out the Red Carpet" Album.
The Miracle Workers split in the early 1990's, but before calling it quits they returned to Portland and recorded a new CD, "Anatomy of a Creep", for their label, Triple X. Gene Trautmann resumed drumming duties. This record was apparently issued, but in small quantities, as it is difficult to find. 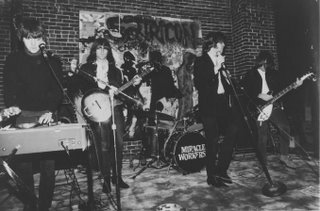 Posted by punkdeleimon at 2:54 PM 5 comments: 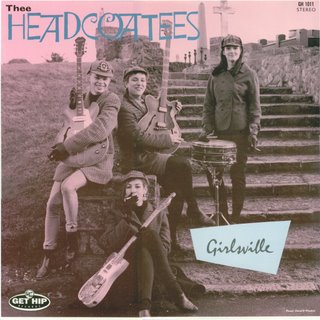 Four fiesty girls from the Medway towns, Kyra Rubella, Holly Golightly, Ludella Black and Bongo Debbie started life as mates of Thee Headcoats doing a few songs on stage and then came the great idea to do a proper album, 'Girlsville' was recorded and a great new band was born. Whenever Thee Headcoats played Thee Headcoatees also did a set, at one time it seemed like they were more popular that the boys, more albums followed and we did a few singles plus a compilation of all their singles on one nice album. They called it a day in 1999 and are now all doing various musical projects. 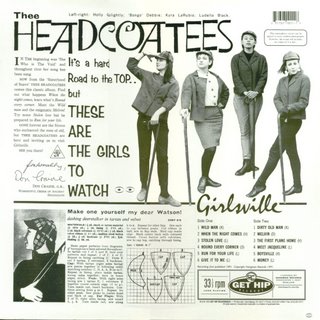 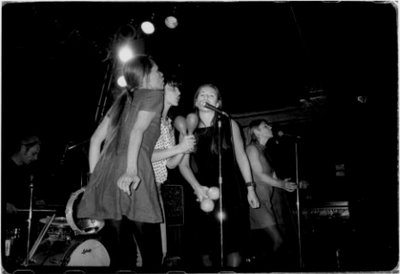 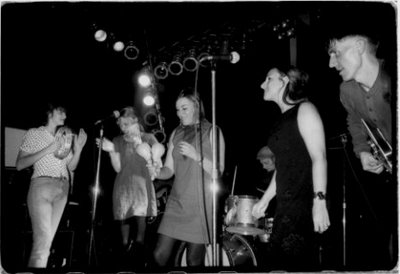 Posted by punkdeleimon at 7:15 AM 2 comments: