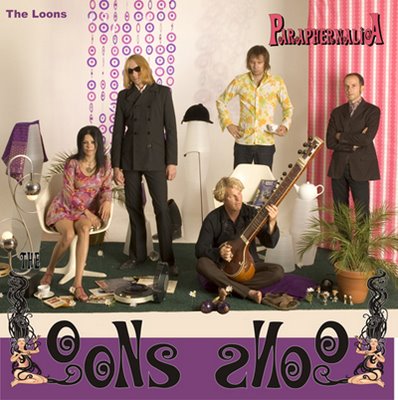 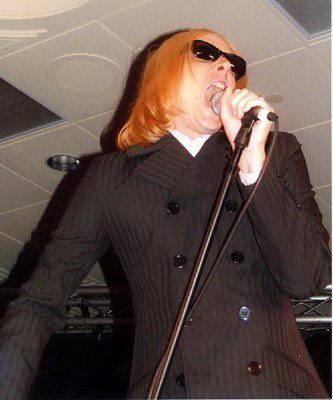 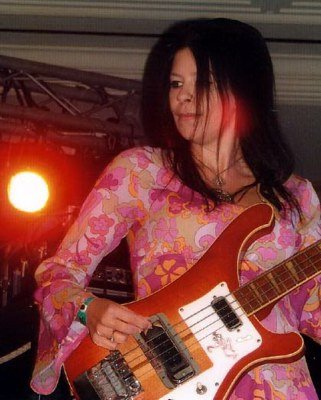 THE LOONS were formed in San Diego, California in late 1995. In the last ten years they have evolved into one of the most exciting and original bands on the scene. The band’s line-up features lead singer Mike Stax (ex-Tell-Tale Hearts, Crawdaddys, Hoods), bass player Anja Diabolik (previously of the Diaboliks and Thee Cherylinas), guitarists Marc Schroeder and Chris Marsteller, and drummer Mike Kamoo. This uniquely, multi-national line-up creates a distinctive sound combining the hard, kinetic drive of European freakbeat with the psychotic melodic cool of California’s Sunset Strip circa ‘66. While the Loons draw heavy inspiration from groups like the Pretty Things, the Yardbirds and Love, they are also fiercely original in their approach, creating their own uniquely intense songs rather than opting to be ’60 garage jukeboxes. Their first album, LOVE’S DEAD LEAVES, was produced by Ebbot Lundberg of Sweden’s Soundtrack of Our Lives. The Orange County Weekly hailed it as a “masterpiece”, describing the Loons as “a blast furnace of an art-driven garage band ... This music teems with the dementia of such bona fide American whackos as Arthur Lee, Sky Saxon, Sean Bonniwell and Roky Erickson.” The Loons’ PARAPHERNALIA, on UT Records is already being acclaimed as an instant classic. Text From: Ugly-things.com
Posted by punkdeleimon at 2:54 PM 2 comments: 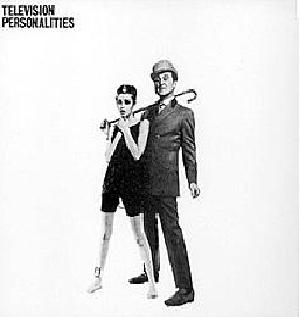 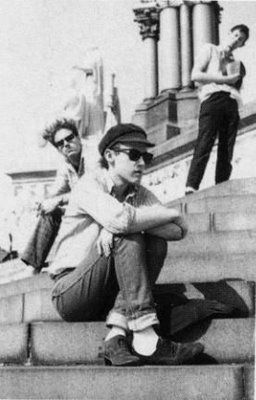 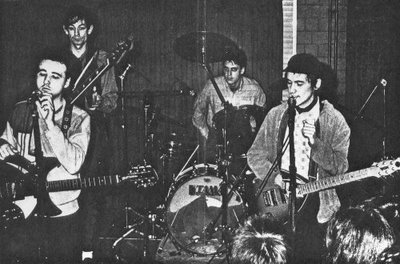 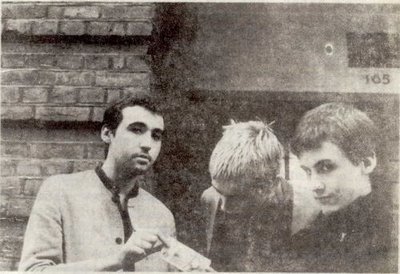 Debut Perfection In 1981 From The Original London Post-Punk Mod Popsters. The Art Of Psychedelic Pop Simplicity and A Hymn To Youth Culture! Magnificent!!!


Television Personalities is an English Post-Punk group with a varying line up. The only person common to all the line ups is singer/songwriter Dan Treacy. One of the original punk rock groups, their first release (January 1978) was the single "14th Floor / Oxford Street W1". Their second release, the EPWhere's Bill Grundy Now? features one of their best known songs: "Part Time Punks".
Their first album And Dont The Kids Just Love It was released in 1981. It set the template for their subsequent career: neo-psychedelia, an obsession with youth culture of the 1960s, a fey, slightly camp lyrical attitude, and the occasional classic pop song.
Posted by punkdeleimon at 11:32 AM No comments: 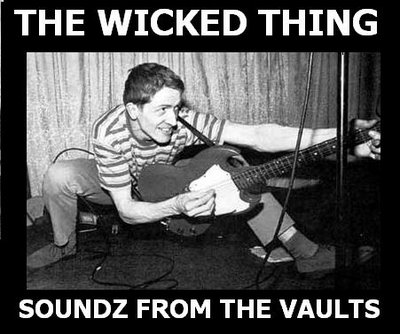 Posted by punkdeleimon at 8:24 AM No comments: 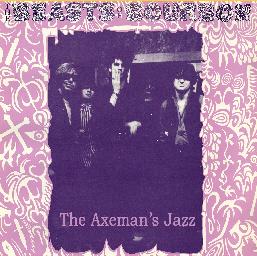 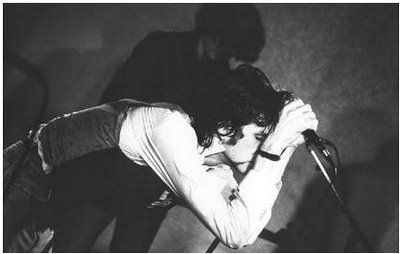 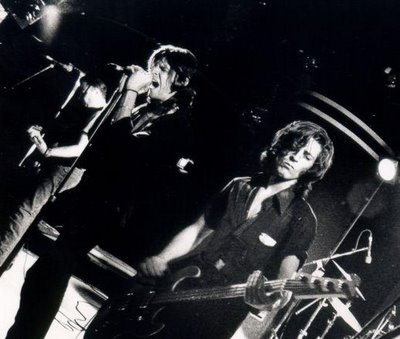 Beasts of Bourbon formed in 1983 with a line-up that has changed as the band splintered and reformed several times. Although they received limited commercial success, they are widely influential and critically acclaimed. They helped define Australian Swamp Rock and are somewhat of a supergroup, featuring line-ups of some of the most popular musicians of that sub-genre over many years.
The Beasts of Bourbon's music has often been compared to that of a rougher Rolling Stones (whose 'Cocksucker Blues' they covered), The Gun Club (who they played with and who some Beasts filled in for) and The Birthday Party. In Germany, the band were described as 'Muddy Waters on crack'. Their music is a tough amalgam of country music, blues, rock and roll and punk parsed through the garage sound of The Stooges and the drunken mayhem of Australian pub rock. It often touches on themes of depravity, morbidity, despair, drug abuse and violence.
The group were initially thrown together by vocalist Tex Perkins to fulfill a booking his previous band, tex Deadly & The Dum Dums, could no longer make. The band began playing together in small venues in Sydney. The initial version of the group included Spencer P. Jones of The Johnys, Boris Sudjovic and Kim Salmon of The Scientists and James Baker of The Hoodoo Gurus. Recruited in large part because they were often found in the Southern Cross, an inner-city Sydney bar, these members form what is considered by some to be the 'classic' line-up. This lineup was featured on the band's first album, The Axeman's Jazz, recorded in 1984 in a single afternoon for one hundred dollars by Tony Cohen. The album was an excursion into deranged Gothic country and western, with a strong sense of irony and irreverence toward country music's cliches. A cover of "Psycho" was a hit on alternative radio. Although the album became an underground success, the band continued, for the time being, to be just a side project for its members until 1988.
Posted by punkdeleimon at 8:11 AM 2 comments: 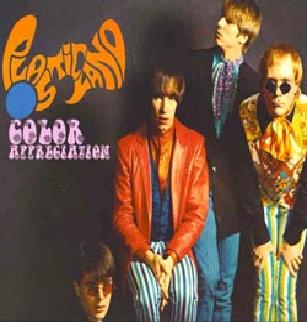 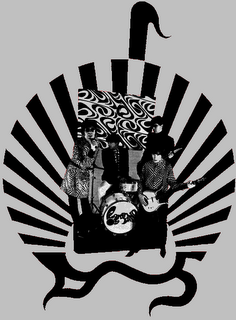 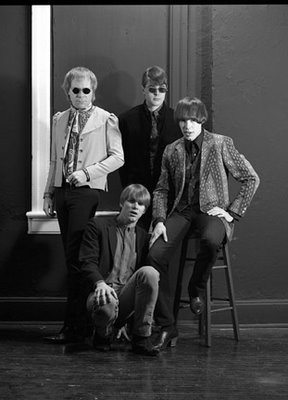 Deput LP In 1984 From These Psychedelic Candys. Colour Appreciation Is Pure 60s Influenced Psychedelic Garage Pop Magic. A Trip Not To Be Missed For Any Reason!!!

This Milwaukee band released some of the most interesting psychedelic records of the 1980s. Leader Glenn Rehse's songwriting talents combined with fine musicianship without the band to create some old-fashioned songwriting at a time when it was decidedly out of style.


Plasticland's acid-drenched neo-psychedelic sound bore some resemblance to L.A.'s concurrent paisley underground scene, but instead of drawing their chief inspiration from the Velvet Underground, the Milwaukee quartet had a greater affinity for vintage garage rock and British mind-benders like Syd Barret-era Pink Floyd and the Pretty Things. Formed in 1980 out of the ashes of prog rockers Arousing Polaris, Plasticland included vocalist/guitarist/organist Glenn Rehse, guitarist Dan Mullen, bassist John Frankovic, and drummer Vic Demechei, who debuted that summer with the "Mink Dress" single on Scadillac. Several more singles and EPs followed, including 1982's Pop! Oh Drops(whose material later became part of the band's first album); there were also several personnel shifts, as Demechei was replaced first by Bob DuBlon, then Rob McCuen. (Several tracks with the Violent Femmes' Brian Ritchie on guitar were also recorded during this era.)

Plasticland's first full-length, Color Appreciation was issued on the French Lolita label in 1984; a year later, it was re-released in America by Pink Dust with two different tracks, titled simply Plasticland. The follow-up, Wonder Wonderfull Wonderland, was released before the end of 1985, and featured Mellotron and bouzouki, among other vintage psychedelic accoutrements. By the time of 1987's Salon, Demechei had returned to the fold. Plasticland subsequently resurfaced on the Midnight label with a pair of live albums: 1989's You Need a Fairy Godmother featured onetime Pink Fairies/Pretty Things drummer Twink, and 1990's Confetti. In the late '80s, a German fan commissioned an album, Dapper Snappings, for his Repulsion label. The albums was eventually released in 1994. Some of the band's early recordings were collected on Mink Dress and Other Cuts, while a career-spanning collection was issued in 2006. ~ Steve Huey, All Music Guide
Posted by punkdeleimon at 2:13 PM No comments: 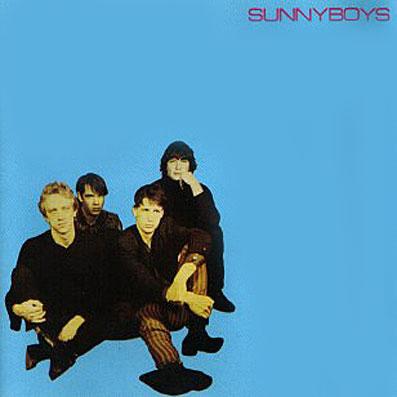 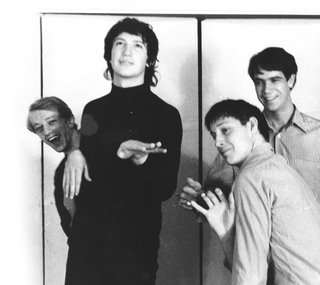 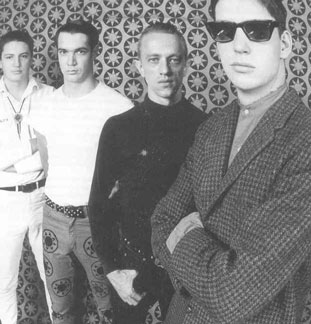 1981 Dedut LP and Undisputed Classic From the Australian Greats, The Sunnyboys.


Short-lived but incredibly influential, Sydney's Sunnyboys were one of the first 1980s Australian bands to bridge the commercial gap between inner-city hipness and a wider audience. Coalescing from the ranks of several inner-Sydney bands whose brief existences spanned the turn of the decade (more on that later), they bobbed their heads up on an exploding music scene with a debut EP on the Phantom label. Mixing gritty '60s-influenced rock songs with the "wise beyond his years" melancholic lyricism and exuberant pop hooks of songwriter-guitarist Jeremy Oxley, they almost immediately signed to a major label and hit national status with their self-titled debut album.
Jeremy, Peter and Bil were brash country kids from the Kingscliff coast of Far Northern New South Wales. Richard was from Wagga Wagga, about six hours south-west of Sydney. Jeremy Oxley's prodigy status is beyond debate - a prolific songwriter in his mid-teens, he was also a budding artist and a national junior surfing champion - but this was a band every bit a sum of its parts. Jeremy's brother Peter (bass) and their schooldays bandmate Bil Bilson (drums) formed a formidable bedrock. Guitarist Richard Burgman, slightly older than the others, was a sharp foil to Jeremy's warmer guitar tones. He had cut his musical teeth after coming to Sydney with the Kamikaze Kids (whose ranks contained future Flaming Hands vocalist Julie Mostyn) and the Shy Impostors (fronted by Penny Ward and containing Peter Oxley on bass and Lipstick Killers/Screaming Tribesmen Michael Charles on drums).
The Sunnyboys' debut show in 1980 (a paring with the Lipstick Killers) was a runaway success and they never looked back. Their shows were packed-out from the beginning. Promoters bragged of being the one who "broke the Sunnyboys" in pubs all round Sydney. This was a band that, for once, earned the tag "hard-working". The explosion of the Aussie pub live music circuit and availability of venues was a factor, but more telling was that every Sunnyboys show were an exercise in sweat, always packed with delirious fans with as much energy as the band. These were good times personified and the soundtrack to countless Australian adolescents' growing up.The Sunnyboys' signing to a major label only accelerated the hectic workload. Hit singles ("Alone With You" and "Happy Man") followed. The Sunnyboys were literally everywhere. A gruelling live schedule was only interrupted for the recording of their second album (the underdone "Individuals"), and from that point on the relationship between band and label started tailing-off. The difficult second album was clearly rushed. The label appeared not to know what to do with the band. A move to England to record what would be the final studio effort, the compressed and slightly awkward "Get Some Fun", left the band no happier - and one step closer to an eventual split. Unbeknown to all, there was another dark and irresistible force at work....
Two live albums and a best of have appeared since the band ground to a halt in 1984, but with the release of This is real- a double CD on Feelpresents that showcases all the A and B sides, rarities and a host of live tunes - has the full story been told. A 10,000 word booklet accompanying the disc lifts the lid on Jeremy's slide into schizophrenia and the toll that the disease, and road pressures, took on the Sunnyboys. The story is told sympathetically and from first-hand perspective and it's clear that no-one saw it coming. It also puts stories of Jeremy's erratic behaviour after the original break-up in perspective.
(text From: www.i94bar.com)
Posted by punkdeleimon at 10:02 AM 1 comment: 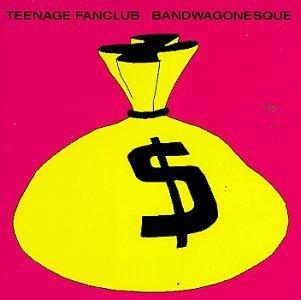 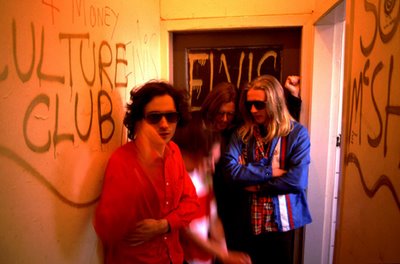 Pure Magic and Original Guitar Pop Sound From Glasgow Mavericks, The Teenage Fan Club Back In 1991. Bandwagonesque, Second Release After Their "A Catholic Education", Is Hailed and Still Stands As A Landmark Of How British Pop Should Be. Long Before and far Away From That "British Pop" Bollocks Of The Late 90s, It Captures Effectively Both Their 60s US Pop Influences and The Unique Sound Of The Mighty Scotish Underground. Phil Spector Must be Extremely Proud!!
Posted by punkdeleimon at 8:29 AM No comments: