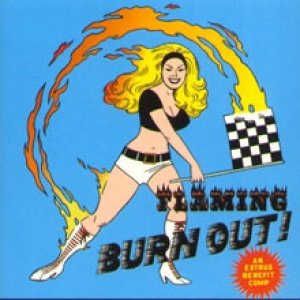 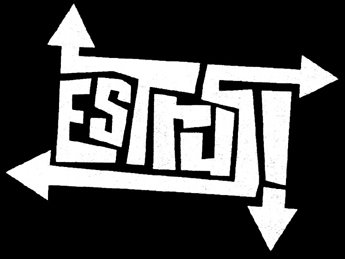 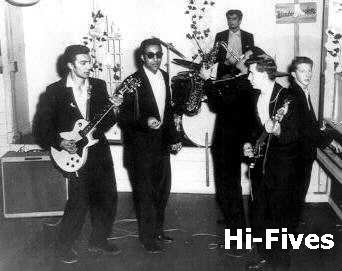 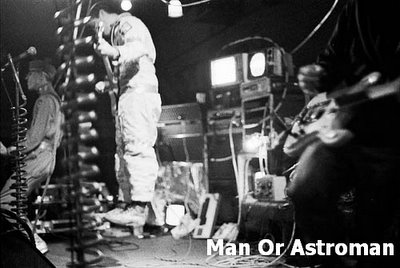 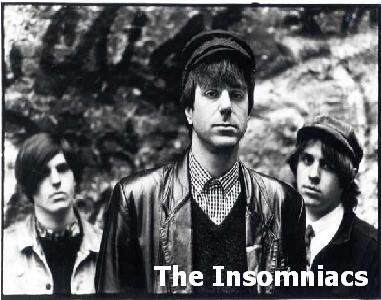 29 Track Explosive Compilation To Benefit Estrus Records Owner David Crider After His Warehouse Burnt Down. This Is A Who's Who Of Current "Cool" Garage Ravers Frontline!!!
Contributions Here By The Cheater Slicks, The Fleshtones, The Makers, Lord High Fixers, The Satan's Pilgrims, The Nomads, Electric frankenstein And many Others.
Posted by punkdeleimon at 7:23 AM No comments: 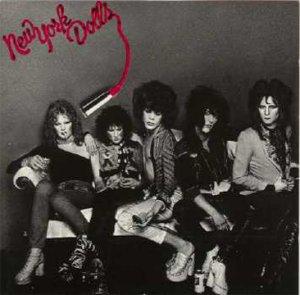 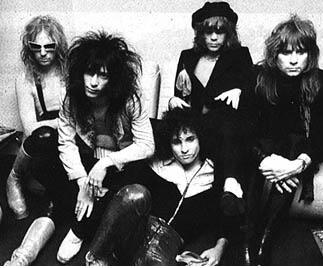 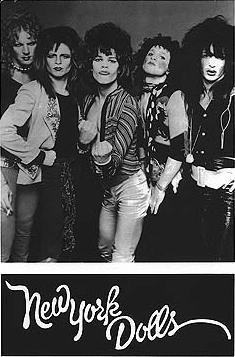 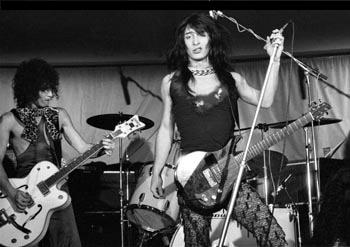 The New York Dolls are a rock band formed in New York City in 1971.
They found little success during their existence, but the New York Dolls prefigured much of what was to come in the punk rock era and even later; the Dolls' over-the-top crossdressing influenced the look of many glam metal groups, and their shambling, sloppy but highly energetic playing style set the tone for many later rock and roll bands.
They got their big break when Rod Steward invited them to open for him at a London concert. Shortly thereafter, Murcia died of accidental suffocation (after he passed out from drugs and alcohol, groupies put him in a cold bath and forced coffee down his throat). He was succeeded by Jerry Nolan, though future Richard Hell and Ramones drummer Marc Bell (Marky Ramone) later claimed he auditioned to take Murcia's place.
The band was influenced by vintage rhythm and blues, the early Rolling Stones, classic American girl group songs, and anarchic post-psychedelic bands such as the MC 5 and the Stooges, as well as then-current glam rockers such as Mark Bolan and David Bowie. They did it their own way, creating something which critic Stephen Thomas Erlewine wrote "doesn't really sound like anything that came before it. It's hard rock with a self-conscious wit, a celebration of camp and kitch that retains a menacing, malevolent edge."
Johansen's energy made up for what was then a not-too-strong voice; Thunders's fuzzy guitar sound became a near-instant band trademark, as did Sylvain's minimalistic rhythm guitar, Arthur's bouncing basslines and Nolan's tom tom-heavy drumming style. Sartorially, the Dolls looked like a Halloween party gang of transvestites who had broken into the Rolling Stones' and Marc Bolan's wardrobe trunks and made it even more androgynously exaggerated. Musically, their repertoire---mostly written by Johansen (he spelled his name JoHansen at the time) and Thunders, occasionally by Johansen and Sylvain---was a series of unapologetically high-energy, demimonde expressions of the seamy New York underground from which they emerged, particularly through their legendary shows at the Mercer Arts Center. Songs like "Personality Crisis," "Trash," "Frankenstein," and "Jet Boy" were seminal squalls of guitar abuse, making up in attitude what they lacked in musical ability. But for all their squall the Dolls didn't entirely lack for subtlety; "Subway Train," for one, was as striking a piece of songwriting and even musicianship as the band could execute.
Those and six others (including a speedballing cover of Bo Diddleys "Pills") turned up on their eponymous debut album, 1973's New York Dolls, on the Mercury label. Produced by Todd Rundgren, some critics think he laid too dense a hand on the band's raw thrust while others think he gave them precisely the guidance they needed to let the best of their singular snarl step forth. The album received mostly positive reviews, but sales were sluggish. In any case, a Stereo Review magazine reviewer in 1973 compared the Dolls' guitar playing to lawnmowers!
Posted by punkdeleimon at 7:29 AM No comments: 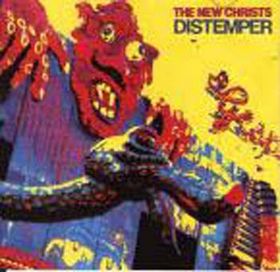 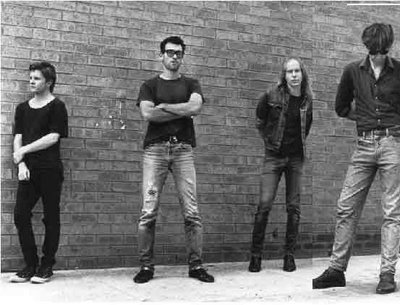 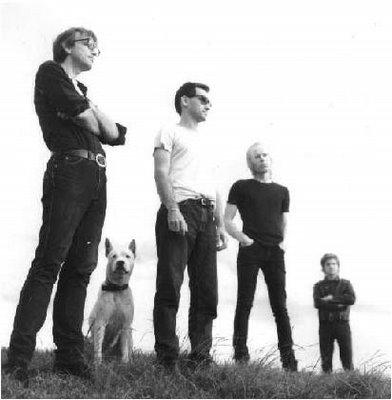 The New Christs were originally formed by Radio Birdman and New Race vocalist Rob Younger after he was offered the support spot on Iggy Pop's Australian tour of 1984. The other members had played in groups such as Celibate Rifles, Lime Spiders and Hoodoo Gurus. The tour proved a success and the band stayed together, recording the two singles Like A Curse and Born Out Of Time for Sydney independent label Citadel Records. These releases gained universal acclaim for their tough and uncompromising nature. With the prospect of an album deal and European tour, the other members instead chose to return to their former interests. Younger was left to pursue a career producing some of the finest upcoming Australian alternative bands.
In 1986 Barracudas bass player Jim Dickson returned to Australia from the UK and together with Younger started a new line-up. Featured were Charlie Owen, a gifted but as yet unknown guitarist and drummer Louis Burdett who soon left to be replaced by Nick Fisher who had played with Ed Kuepper and Wet Taxis. This line-up released a series of hard hitting singles black hole, headin south, another sin and the EP Dropping Like Flies. These tracks were compiled under the title Divine Rites, whose European release allowed the group to tour there for the first time.
With the release of their 1989 debut album Distemper, through Citadel offshoot Blue Mosque, the band received glowing reviews and were at last played on national Australian radio. Healthy sales resulted. Better still a swelling demand in Europe saw the album released in all EC territories. A four month tour was embarked upon but sadly, as internal friction took its toll, the band dissolved. Apart from a final short tour of Australia supporting The Ramones, this awesome line-up never again resurfaced.
Posted by punkdeleimon at 6:39 AM 2 comments: 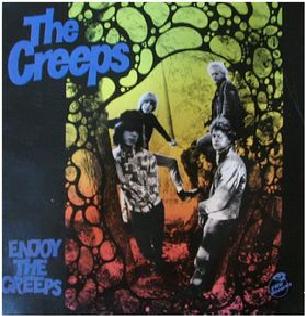 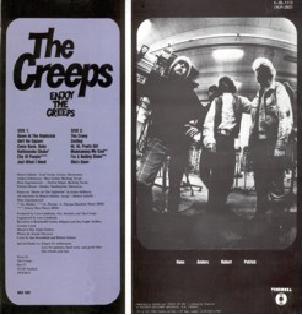 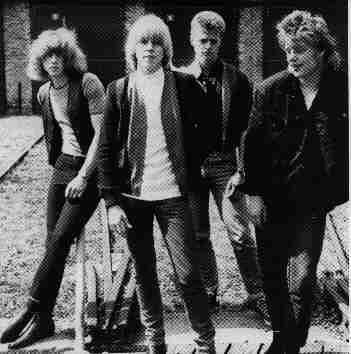 Classic Swedish Garage Punk Stormer From The Creeps Debut In 1986!!!

Ever since the release of the 1972Nuggets: Original Artyfacts comp there have been bands like the Creeps, and most likely there always will be. The Swedish retro act aims squarely at mid-'60s garage rock, aping the bands that aped the yardbirds, but thanks to inspired playing and inventive arrangements, they succeed in adding to the tradition rather than just running in place. Recorded with period-appropriate atmosphere (i.e. a thick, dirty echo), the Creeps bang out nine originals that channel the Animals and Them, delivered with power and precision. "Down at the Nightclub" leads off Enjoy the Creeps with a stiff swing and a booze-positive philosophy, then breaks down with a jazzy piano coda. Other highlights include the lascivious "Hi, Hi, Pretty Girl," the Farfisa-driven instrumental "Rattlesnake Shake," and the frantic drum rolls and fuzz solo on "Ain't No Square." A medley of Sonics covers ("Maintaining My Cool" and "I'm A Rolling Stone") is reverent and energetic, but won't change anyone's mind about the wild, rambunctious Northwest originals. In fact, the only thing missing on Enjoy the Creeps is a sense of true abandon, that apocalyptic spark that makes the most primitive, boneheaded garage bands like the Count Five or the Seeds so eternal. The Creeps are musicians, not punks, and while there's no lack of get-down vitality to their sound, they won't take the listener anywhere except the dancefloor. However, their pugnacious take of the obscure, middle-finger anthem "City of People" seethes with defiance ("Baby don't you mess with me/Cuz you know you could never bring me down/Hey Hey Hey!"), equaling the sneer of the original 1966 Illutions single, and nearly matching Fireworks' vicious 1995 rewrite as "City of Assholes." Garage rock revivalists will find lots to move to on Enjoy the Creeps, but the band didn't stay tied down to their nostalgic muse for long. The Creeps modified their sound in later years, taking on more modern elements with soul/funk textures that earned them a Swedish Grammy, and a big hit in their homeland with "Ooh, I Like It" in 1990. (Additional text:Fred Beldin, All Music Guide )
Posted by punkdeleimon at 7:17 AM 1 comment: 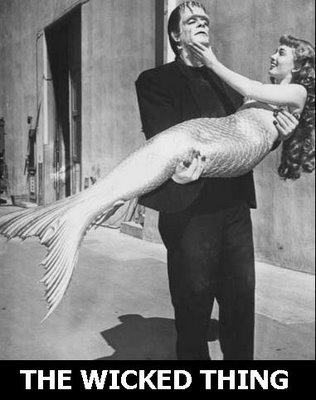 Posted by punkdeleimon at 4:27 PM No comments:

The Come Ons - Hipcheck (Sympathy For The Record Industry 2001) 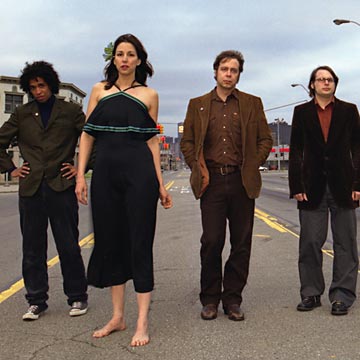 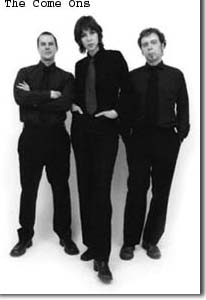 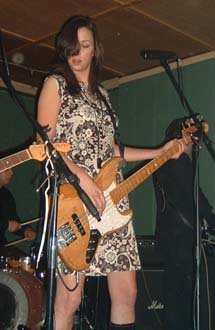 We Can't Resist To The Outstanding Deanne Iovan And The Come Ons. Thats Their Second Release Called "Hipcheck" Out On The Legendary S.F.T.R.I Label. A Shake Dynamite Again. Enjoy...
Posted by punkdeleimon at 7:33 AM No comments: 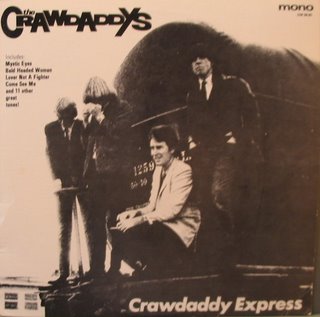 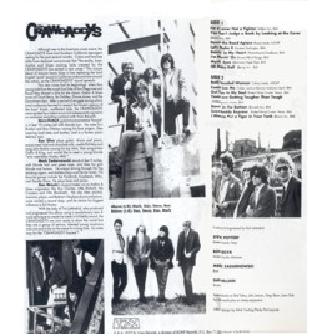 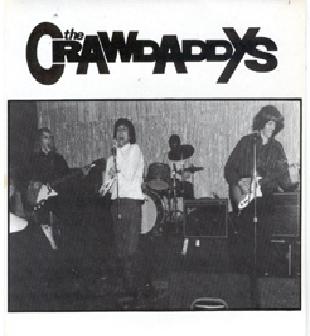 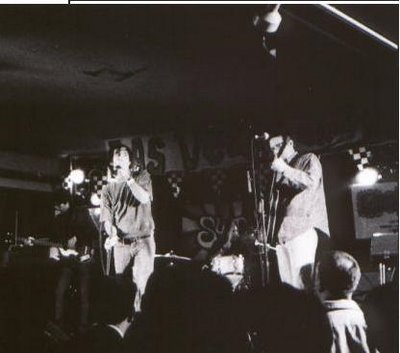 
The Crawdaddys were one of the first bands to emerge out of San Diego's burgeoning '60s revival scene. They predated a lot of other bands, since they began in 1978, and with a constant change in membership revolving around group leader Ron Silva, they gave members to many bands that followed in their wake like the Tell-Tale Hearts. They only released one actual full-length LP back in 1980 called Crawdaddy Express
Probably the most influential band out of San Diego (even R.E.M. said their version of "There She Goes Again" was patterned after The Crawdaddys') this band pretty much started the "garage" revival single-handedly. Crawdaddy Express (1979) contains all the band's recordings released during their lifetime (the first one) including their 4x5 EP and 45 ("Why Don't You Smile Now"). Their sound puts new meaning to the term "purist." I don't think it would be possible to get a more authentic 1963 beat sound. If you like music along the lines of the Pretty Things and early Stones, this is an absolute must. Recorded straight to 4-track, songs like "I Can Never Tell" and "I'm Movin' On" smoke with Ron Silva's harp playing adding fuel to the fire.(Additional Text: San Diego Weekly)
Posted by punkdeleimon at 11:36 AM 2 comments: