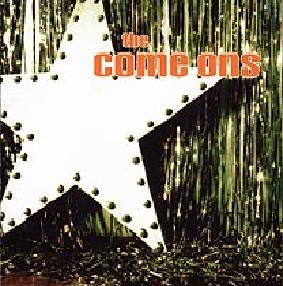 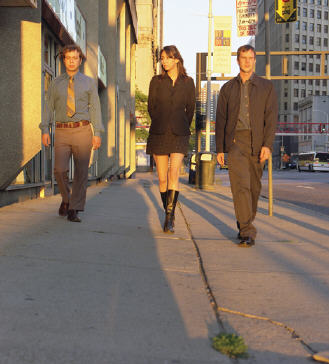 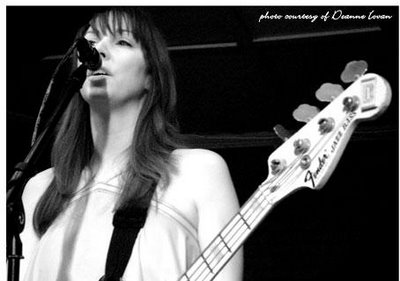 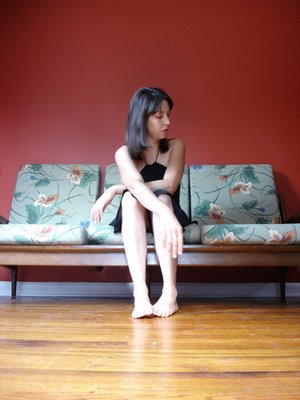 Quality Detroit Neo-Garage Pop & Soul Shake On This Deput From The Come Ons. Excellent Vocals From The Outstanding Deanne Iovan.

The Come Ons emerged in 1999 featuring ex-Gore Gore GirlDeanne Iovan on bass, vocals, and vintage organ, guitarist Jim Johnson, and Dirtbombs drummer Patrick Pntano doing double duty behind the Come Ons' kit. While their dance-y, soul-inspired grooves were an immediate sensation in Detroit, the band didn't debut on wax immediately. First there was 2000's "Watcha Got?" 7" for Sympathy for the Record Industry, followed soon after by an eponymous full-length for the label. A year later, the trio contributed to Jack White's famous (and famously lo-fi) Sympathetic Sound Of Detroit comp, and followed that up with the Hip Check!LP. The group's popularity in Detroit wasn't surprising; after all, the Come Ons drew liberally from the classic D-Town style guide of punk, girl group, and rave-up revivalist R&B. The group continued to tear things up in 2002 and 2003, releasing the "Don't Tell Me" 7" for the U.K.'s Sweet Nothing imprint, and recording their third full-length at Jim Diamond's Ghetto Recorders.
Additional text: Johnny Loftus


The Come Ons provide the Cliff’s Notes for your Detroit rock history class with Motown pop songcraft, swing-your-hips ’60s girl-group lyrics tied together by the instro-punk machismo of Ann Arbor in the late ’60s and early ’70s. In the ’00s, the band sweats the soul of a hard-working, industrial city — staining the armpits of dress-up stage wear, adding grime to fancy new stadiums and casinos until they match the grit and strength lining starched blue collars. Not only do they look to past greats, the band members themselves have been in a few lineups of the Dirtbombs, one of Detroit’s garage favorites. And like a few of its contemporaries from the area, the band has released excellent material on Sympathy For The Record Industry.
Additional Text: Mellisa Giannini
Posted by punkdeleimon at 7:14 AM No comments:

The Come Ons - Whatcha Got 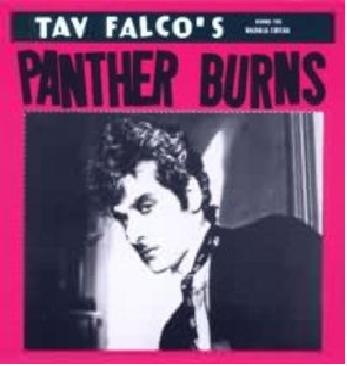 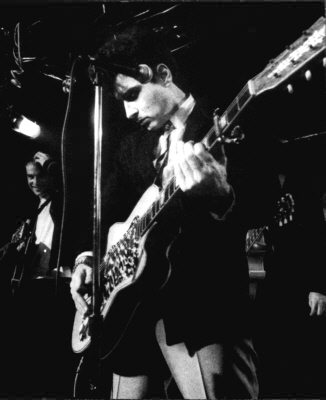 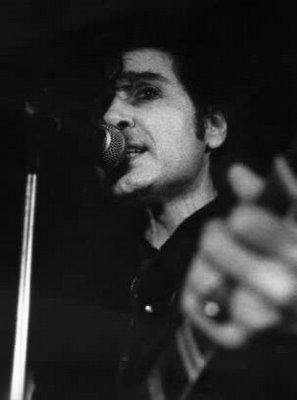 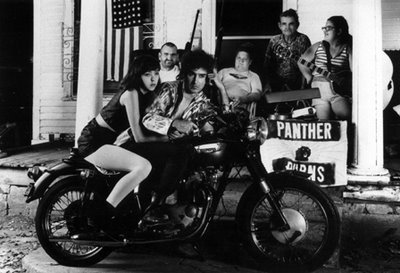 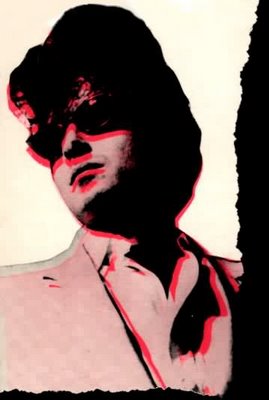 Primitive And Stripped-Down Psycho Rockabilly Blues From The Swamp Rock Lord On His Debut In 1981.

American singer, songwriter, guitarist, performing artist, dancer, photographer, filmmaker. Born Gustavo 'Tav' Falco into a family with roots in southern Italy. Grew up in the backwoods of rural Arkansas. After working a diversity of jobs as a railroad 'brakeman', icehouse worker, gas station attendant & flat tire fixer, he moved from Arkansas to Memphis, Tennessee, in 1973. He became a member of Big Dixie, an alternative performance group and with Televista, an alternative film/video group in Memphis. He also worked with the noted Memphis photographer William J. Eggleston. In the process of making films & videos with blues musicians from Mississippi & Tennessee, Falco began to absorb rudimentary blues guitar playing and singing.
In 1979 Falco founded his band the PANTHER BURNS : From this cacophonic beginning Falco began to emerge as an underground cult artist with the formation of his band 'PANTHER BURNS', named after a legendary plantation in the Mississippi delta. Alex Chilton (guitar) was a founding band member along with Jim Dickinson (guitar), Eric Hill (keyboard), & Ross Johnson (drums). The band has had a number of revolving members that now include Michael Lo (bass), Peter Dark (guitar), & Tall Cash (drums).He also used to write songs under the name of Eugene Baffle.
During his early collaboration with Alex Chilton, Tav Falco obtained an unapproachable cult-like status, a position he since has been able to maintain with a repertoire and music that is a surprising mix of conversion of obscure rock'n'roll, tangos, sambas, mambos, ballads, and obscure pop standards. The PANTHER BURNS first record came out in 1980 on the band's own label FRENZI in the USA. Since then their records have been released by Rough Trade in London, New Rose in Paris, Marilyn and Munster in Spain, In The Red in Los Angeles, & Au GoGo in Melbourne, Australia
Additional Text From: www.limbos.org
Posted by punkdeleimon at 5:11 PM 2 comments:

Download Link: Tav Falco Panther Burns - She's The One That Got It 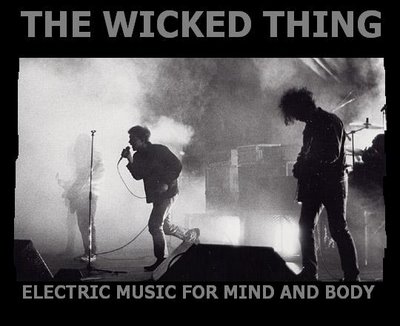 Posted by punkdeleimon at 8:40 AM No comments: 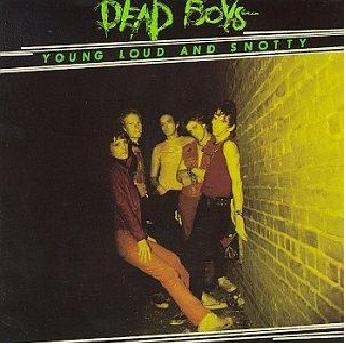 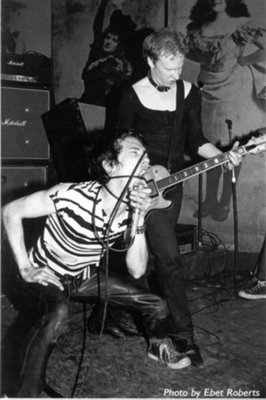 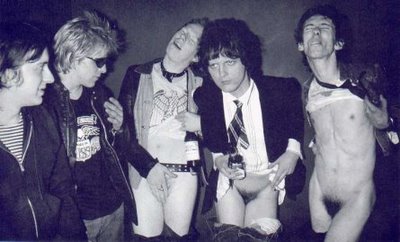 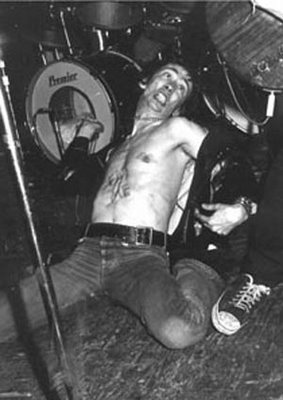 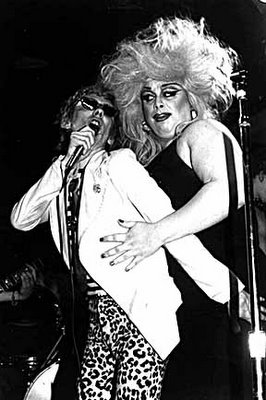 Debut LP From The Wildest Men Of American Rock n Roll. Stiv Bators And His Gang Come Out From The Crypt With A Nihilistic Attitude To Destroy Everything, Even Themselves.
A U.S Early Punk N Roll Classic!!!


From the depths of industrial Cleveland the Dead Boys found infamy on the New York scene around the club CBGB's. Led by their irrepressible Iggy aping lead singer Stiv Bators, the Dead Boys merged the UK punk look with a tough US street punk sound and nihilistic lyrics at odds with the artier sounds of Television and Patti Smith and gave high octane performances to boot.
The crowds loved them and they lived the punk image to the full with ever more outrageous stunts onstage. However, like The Ramones, they suffered from the Punk tag they lived up to and achieved poor record sales both from their debut Young Loud & Snotty and their second album, the poppier more commercial, We Have Cum For Your Children. The Dead Boys slit up in 1980.
Some lay the roots of US hardcore at The Dead Boys door. Whatever you think of them the band that gave us the eternal punk classic Sonic Reducer can never be ignored.

the Dead Boys' first album, "Young Loud And Snotty" was released in 1977. It was one of the earliest punk albums released on a US label and still is maybe one of America's rawest rock records. The album - which was recorded in four days - was produced by Genya Ravan, who made it loud and raw. She encapsulated the anarchic, pile-driving, punk rock sound. The title was perfect punk poetry, and every track offered a slap in the face.
Additional Text From: www.punkrock77.co.uk and www.stivbators.com
Posted by punkdeleimon at 7:42 AM No comments:

Download Link: Dead Boys - Caught With The Meat On Your Mouth 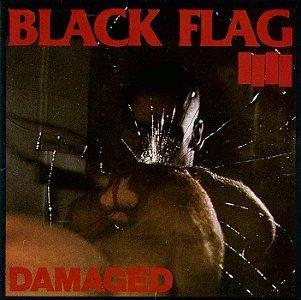 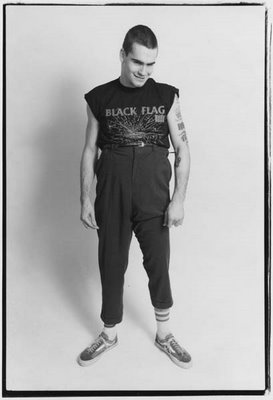 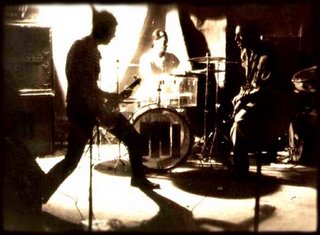 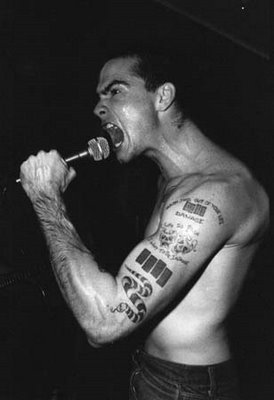 
One of the most powerful bands to emerge from the cinders of punk... one of the most powerful bands ever. Greg Ginn, a madman and a thorough disciple of the guitar, brought this band into being in 1977 in the depths of L.A. outside of the reaches of the excesses of the '70s. He'd had enough of the "California" sound of the Eagles, the over-production of Steely Dan and ELO. It was time to create a new sound.
Fueled by the simplicity and immediacy of the Ramones first album, he pulled together a small group of people who could barely play their instruments and began a pattern of musical deconstruction that exploded on a brand new scene that was just beginning to form. Controversy and opposition were the bedfellows of the band from the beginning: the law were not welcoming the emergence of the punk scene on the west coast. The fact that Black Flag survived those first four years was amazing in its own right. Singers kept quitting, occasionally during shows. But the band persevered, even acting in an instrumental capacity in between singers. It became common during these periods for people to jump on stage and act as the stand-in vocalist for the band.
The band finally settled into a stable unit with Ginn on guitar, Chuck Dukowski on bass, Robo on drums, and Dez Cadena as the permanent vocalist. It was with this line-up that Black Flag first ventured out on its first US tours. By December of 1980, the band was making its way across the USA for the first time. They played their first dates in New York City and Washington D.C. In the audience at each show were D.C. youths Ian MacKaye and Henry Garfield. They spoke to the band and ended up hanging out with them. Flag came east again during the summer of 1981. It was at a show in New York City that Henry ended up getting on stage and singing with the band for one song. Unbeknownst to Henry, Dez had been wanting to give up the mic to move over to rhythm guitar. Jumping on stage to sing left an impression on the band, so they ended up calling Henry back to NYC from D.C. and asked him to 'jam' with the band. After taking the train ride up and practicing with the band for a few hours, the others talked it over and decided that Henry would be the new vocalist. He quit his job, sublet his apartment, sold nearly everything he owned, and joined the band on tour several days later. This line up only lasted until their tour of England in late 1981, but long enough to record the first album, Damaged.
Text From: www.ipass.net
Posted by punkdeleimon at 3:21 PM No comments: 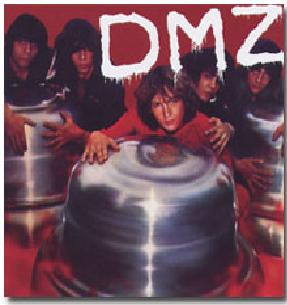 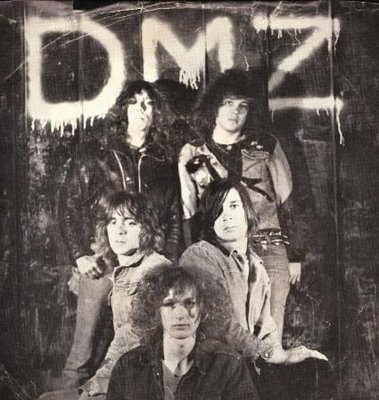 Underground Classic Of The Era, The Deput LP From The Original Boston Proto-Punk Weirdos.

DMZ formed in Boston in 1975, and were among the first bands to attempt to fuse the two sounds, melding Detroit guitar riffs with Farfisa organ and ’60s covers. Like the Ramones, they wanted to have it both ways. They craved hooks that were as plain and unlabored as mid-’60s AM radio, but they wanted to out-loud the arena rock that was starting to dominate the FM band.
They split in 1978, essentially due to misunderstanding or relative un-succes of their first LP. Lyres was then the continuation in the same musical logic.some of the paradoxes is that more records have been issued after the split than before

Posted by punkdeleimon at 1:45 PM No comments: 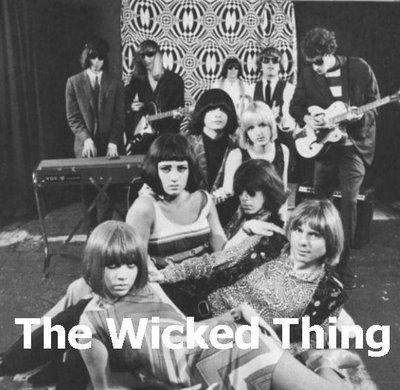 Posted by punkdeleimon at 3:59 PM No comments: 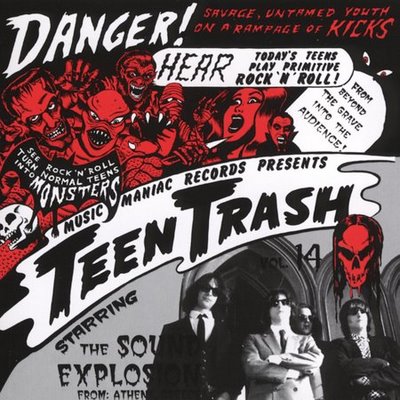 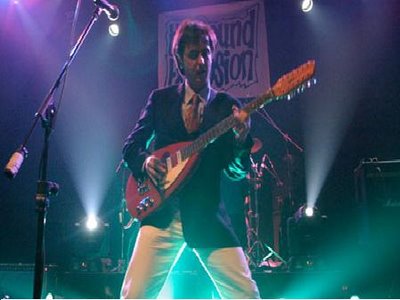 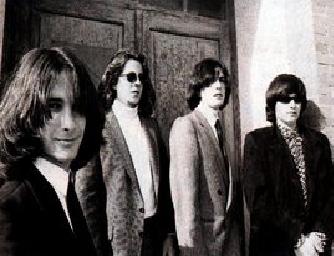 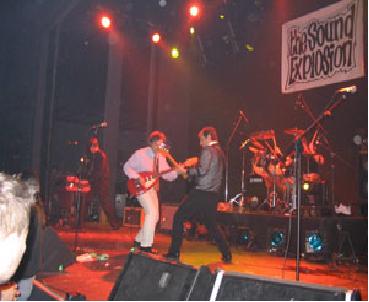 The One And Only Full LP From The band On The Legendary Music Maniac Records And Its Teen trash Series. Sound Explosion On Their Pick Used To be One Of The Greatest 60s Influenced Garage Bands In Europe. They Still Do Occasional Live Appearences But Its A Long Time Since Their Last Recording. Pure 60s farfisa-Driven Garage Beat At Its Finest!!!
Posted by punkdeleimon at 10:04 AM 3 comments:

Download Link: The Sound Explosion-She's One Of A Kind