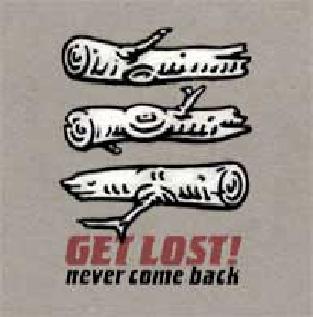 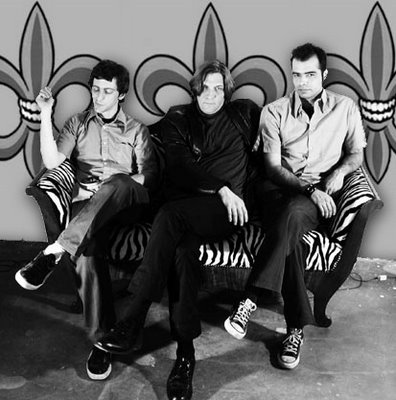 Picking up where the Miracle Workers' classic Inside Out left off, former members Gerry Mohr and Robert Butler--himself also the founder of garage legends the Untold Fables--have promised to ignore all the modern trends and bring to the world the most fuzzed-out psychedelic quartet yet: the GET LOST!
Posted by punkdeleimon at 10:35 AM No comments: 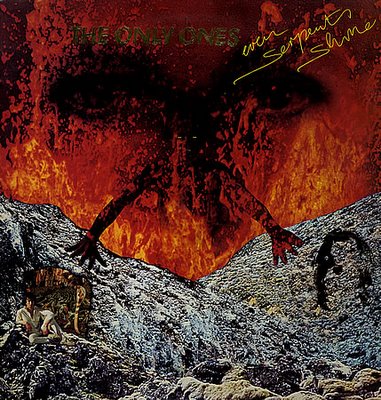 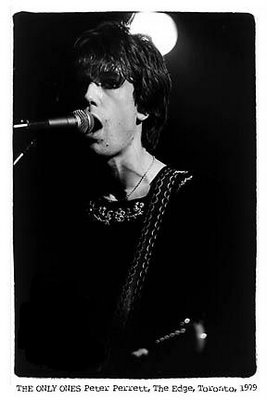 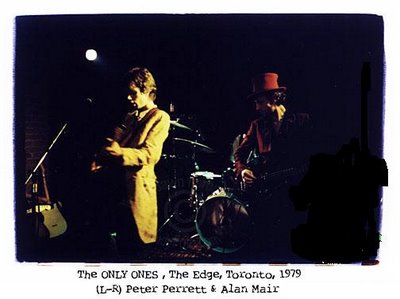 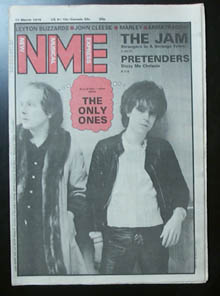 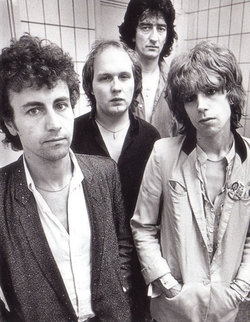 The Only Ones From south london. One Of The Most Underrated british bands Of Late 70s In their Second Both Deeply Influential & captivating LP. The Band's Commercial Success Was Still Too Slight To Sustain Them, And They Called It Quits In 1981. The Group's Cult Status Has Grown Steadily Ever Since. They Were Magical And Something More Than Three Chords-Only Punk Weirdos, Too Fragile To Survive.


Led by the raffish and slightly scuzzy romance-obsessed Peter Perrett, the Only Ones were one of the punk era's most underrated bands. Not as confrontational as the sex pistols, as politically indulgent as the clash, or as stripped-down as the ramones, the Only Ones played not-so-fast guitar rock that sounded deeply indebted to the new york dolls and other mid-'70s proto-punks. Singing his intelligently crafted pop songs in a semi-tuneful whine of a voice and backed by a band that effectively combined youthful exuberance with gracefully aging veterans (non-punk drummer mike kellie had done time with early-'70s clod-rockers spooky tooth, bassist Alan mair was nearly 40), Perrett was an astute chronicler of the vagaries of modern, dysfunctional love. Despite a career that lasted from 1978-1981 and one certifiable "hit" song to their credit (the brilliant "Another Girl, Another Planet"), the Only Ones became the archetypal contenders that never broke big, despite assurances from fans and critics that they couldn't miss.(Additional text:John Dougan)

Although they split up in 1981 after only three records, the Only Ones, due in large part to "Another Girl, Another Planet," became more influential than one would have guessed. Listen to paul westerberg and you'll hear more than a little peter perrett (in fact, the replacements covered "Another Girl"); look at the number of Only Ones releases over the past decade (a half-dozen at least) and you soon realize that a significant cult surrounding the band grew after their breakup. Ironically, it was the posthumous release of the sessions for john peel's BBC show that, more than any of the proper studio releases, accurately displayed the muscle and smarts of this fine band. There have been many rumors surrounding Perrett's life after the Only Ones, many of them involving an alleged heroin addiction. Perrettdid continue to record and release solo projects during the '80s, including a project known as the One in the mid-'90s. (all music guide)
Posted by punkdeleimon at 1:39 PM 3 comments: 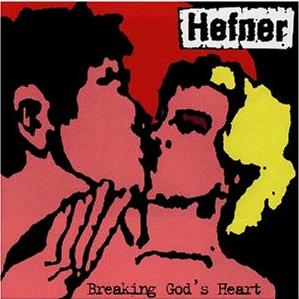 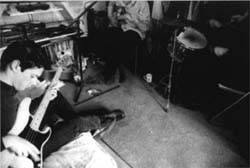 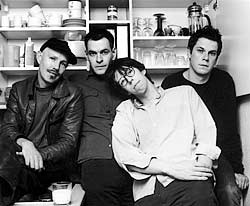 One Of The Best Debuts Recorded By An English Band In The Late 90s. A Hymn To Eternal teenage hearts!!

Hefner began as a live band in 1995 and, after several line up changes, became a solo project of Darren hayman. In 1996 he recorded a tape for Sticky Records (named The devotion Chamber) on which all instruments were played by Darren himself. His friend from art school, Antony harding, assisted, providing backing vocals.
The band's first release was in April of 1997 when the 7" single "A Better Friend" was released by Boogle Wonderland. The single featured Antony on drums and John morrison (from Rhatigan) on bass. Shortly after the release, the record label Too pure offered a record deal to Darren, who extended the offer to Antony and John.
After a few more singles, Hefner recorded their debut album Breaking God's heart. A lo fidelity album primarily recorded in one take, Hayman has declared that this album is the one he is least interested in listening to, due to its unrealized potential. (Additional Text: Wikipedia/Hefner)
Posted by punkdeleimon at 2:53 PM No comments: 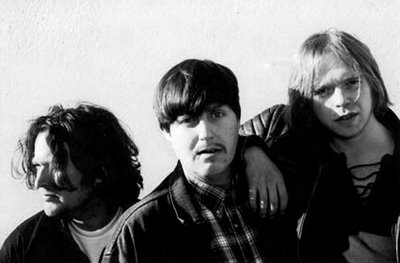 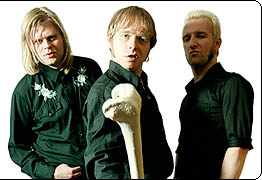 The Maggots out of Stockholm is easily the most explosive garage punk band in Sweden right now. Mixing up 60's freak beat and snotty punk anno 1977 The Maggots manage to create a fresh sound of their own full of fuck you attitude and fuzz galore. People who claim that rock is dead might wanna reconsider that opinion because The Maggots have power and vitality to spare. The Maggots are no newcomers to the garage scene. Måns P. Månsson (guitar/vocals) was part of the first Scandinavian garage wave in the mid 80's and things probably went wrong when he bought his first Sonics album in 1982 at 16. He has a past in Wylde Mammoths (one of the first bands to record for Crypt Records), Crimson Shadows and Friends. Steffen Hellström (bass) was also in Wylde Mammoths and Friends and Jonas Lundberg (drums) has a past in Slammer and A-Bombs. Both Steffen and Jonas joined The Maggots before they recorded their brilliant debut album "Get Hooked" released in early 2001 on Sweden's best rock'n'roll label Low Impact Records. Before that Måns and another rhythm section released 5 singles on various labels like Screaming Apple, Beluga and Bad Afro under the moniker The Maggots.And now The Maggots return to Bad Afro. And they mean business! "This Condition is Incurable" contains 9 songs (CD version has 3 bonus cuts taken from the "Gonna Make You Pay" 7" on Bad Afro) that goes from the violent punk attack of "Boy From Nowhere" (DMZ) over the more tuneful "Leave Me Alone" with pop hooks to total twin guitar freak out between Måns and Tommy Ferdi Andersson from The Turpentines in "Heading For The Texas Border" (Flamin' Groovies cover). All done with honesty, dedication and love for the bands that stood out in the rock'n'roll history. And yet they sound like no one else and very now! ( Additional Text: Bad Afro records)
Posted by punkdeleimon at 10:46 AM No comments: 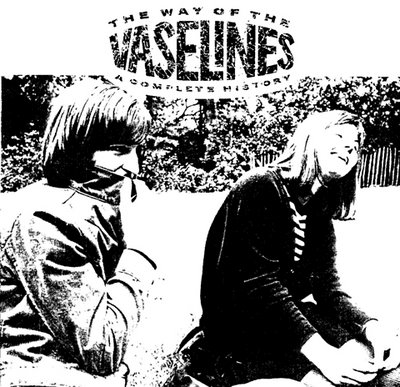 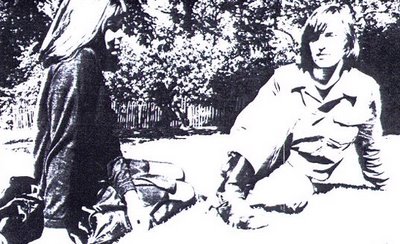 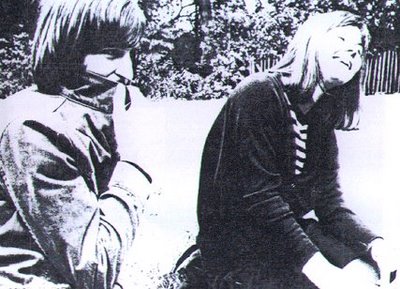 Representative Complication Of These Semi-Cult Indie Weirdos From Scotland, The Vaselines. Mostly Unrecognised In Their Prime, Became Well-Known To The World After Cobain Presented Them As One Of His Major Influences. Proper Northern Independent Rock n Roll At It's Finest!!!

The Vaselines were an indie rock band from bellshill, Scotland. Formed in 1986, the band was originally made up of only Eugene Kelly and Frances Mc Kcee, but later added James Seenan and Charly Kelly.
The band released two singles, "Son of a Gun" and "Dying for It", prior to releasing an album. In 1989 they released their only album, Dum Dum, on the record label Rough trade. Following the closing of the record label 53rd and 3rd, which they had originally signed to, the band broke up in 1990. However, they reunited later that year to open for Nirvana when they played in Edinburgh.
Though they were not widely known when the band existed, covers of their songs by Nirvana and Kurt Cobain's tendency to mention them as an influence brought exposure to the band. With their songs "Son of a Gun" and "Molly's Lips" covered on Nirvana's album Incesticide and "Jesus Wants Me for a Sunbeam" covered as "jeses doesn't want me for a sunbeam" onMTV unplugged in New York, the band gained a new audience from people who wanted to discover the bands that influenced Cobain (a similar situation happened to the band The Meat Puppets). Due to this new exposure, in 1992 Sub Pop released The way Of The Vaselines: A Complete History, a compilation that contained The Vaselines' entire body of work on one album.
No longer together, members of the band moved on to new bands. Kelly went on to found the band Captain America (later renamed Eugenius). He currently performs solo. McKee founded the band Suckle and released her first solo album, Sunny Moon, in 2006. (Additional Text: The vaselines/Wikipedia)
Posted by punkdeleimon at 6:58 AM No comments:

Download Link: The Vaselines- Jesus Don't Want Me For A Sunbeam 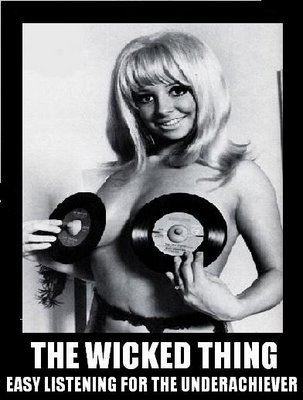 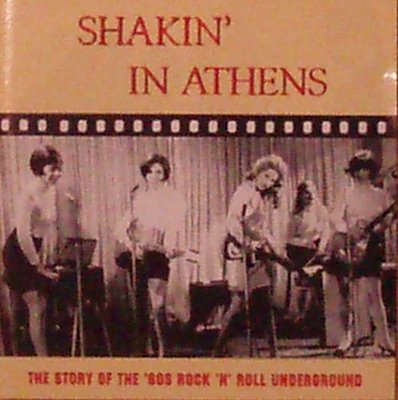 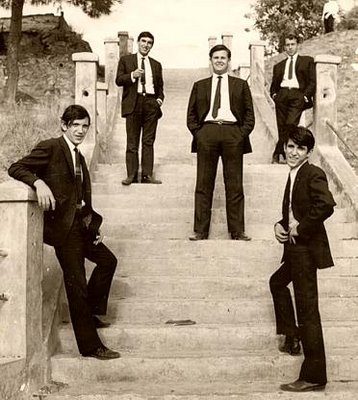 Superb Collection With Rare Tracks Of 60s Rock n Roll Bands From Greece. That's The "innocent " Period Of Local Rock n Roll Scene With Bands LIke The Idols, Zoo, Charms And Other Legends Of The TIme.
Posted by punkdeleimon at 10:47 AM 7 comments: