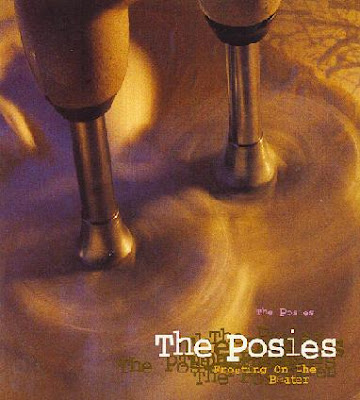 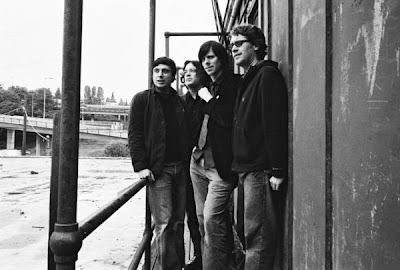 Bucking Seattle's prevailing grunge-noise-metal-punk trends in the late '80s, singing guitarists Jon Auer and Kenneth Stringfellow devoted themselves to '60s-influenced Anglo-pop and the music's primary American interpretation by Big Star. The duo's fine first album (originally self- released on cassette) would have been just another skillful neo-merseybeat retread (albeit with odd daily-life lyrics about such things as waiting in line and scheduling household chores) were it not for the magic that occurs when the two Posies harmonize, a blend that is remarkably similar to the joyous sound of Allan Clarke and Graham Nash in the original Hollies. Despite a few notable missteps, Failure is quite a successful debut.
Having moved to a major label, enlisted a rhythm section and gotten English auteur John Leckie in to produce, the Posies confidently play to their Holliesque strengths while also consciously working against type on the marvelous Dear 23. Sticking offbeat lyrics into irresistible melodic power, "My Big Mouth" opens the record in a crisp wash of acoustic strums and a jazzy falsetto chorus; "Golden Blunders" puts a strong rhythmic charge under a cautionary bit of advice about adulthood. While the vintage-sounding "Apology" and "Any Other Way" can only offer illusions of familiarity, the heavy harmony rock of "Help Yourself" and the epic "Flood of Sunshine" (which winds in an awesome spiraling guitar solo) underscore the Posies' thoroughly modern versatility.
Teethmarks of sonic aggression are all over Frosting on the Beater, a Don Fleming-produced escape from tweeness that suspends the Posies' innate tunefulness in a stronger solution. Although making the music louder and rougher undercuts the band's distinctiveness (one Matthew Sweet is plenty, thanks), it doesn't affect the Posies' vocals other than to obscure their Holliesque aspect. But neither does it especially benefit them: the record's allure owes little to the resulting contrast and everything to the sturdy melodies of the songwriting. Wisely declining the temptations of shoegazing, psychedelia and other trendy designs, the Posies crank up their pure pop without changing its basic attributes. No wonder it tastes so good.
Auer and Stringfellow then joined Alex Chilton and Jody Stephens in restarting Big Star in 1993. After that adventure, the Posies made the surprisingly sour but still delicious Amazing Disgrace. Whoever puked on their breakfast cereal ("Everybody Is a Fucking Liar," "Hate Song," "Broken Record," "Daily Mutilation," the "who gives a shit?" refrain of "Ontario") sure didn't spoil the Posies' dedication to joyous pop uplift: the album's sound strikes a relentlessly positive mix of the roaring enthusiasms of Frosting on the Beater, the retro propriety of Dear 23, adding such new/old elements as the '80s punk rush of "Grant Hart" and the '80s rock clout of Cheap Trick (two members of which guest on "Hate Song"). Great.
(Trouzers Press)
The Link:
http://rapidshare.com/files/31668518/The_Posies-frosting_on_the_beater.rar.html
Posted by punkdeleimon at 1:18 PM

Just saying a Big Thanks for this in particular - lots of great stuff here.

I'd like to hear their Dear 23, do you have it? And talking about Matthew Sweet, do you have a link to his 100% Fun? Thanks a lot! Great blog!