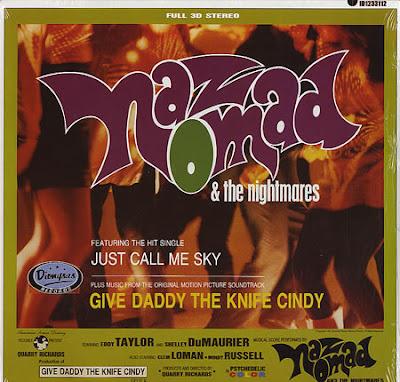 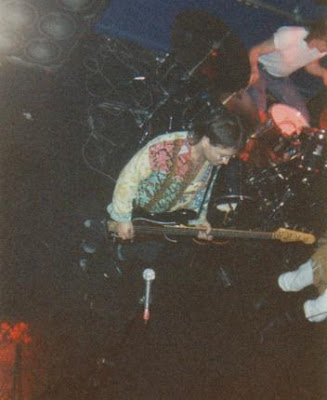 Naz Nomad and The Nighmares was a one-off project featuring the members of British punk band The damned.Naz Nomad and The Nightmares released one album entitled "Give Daddy The Knife, Cindy" in 1984. The album was packaged to look like the re-issue of a 1967 soundtrack album to a (ficticious) low budget American horror film. A copyright notice on the front cover claims the film was "Copyright 1967 American Screen Destiny Pictures", and credits are given for the film's stars, director and producer.
The album itself features covers of songs by garage rock and psychedelic acts who had influenced the Damned, plus two original numbers in the same style. Each member of the band took on pseudonyms different from those used in The Damned for the project.

cheers for this posting.i had the pleasure of seeing them live at the town and country club in london several years ago supporting 'the damned'!!!i remember thinking that the singer looked like dave vanian wearing a blonde wig and glasses!
thanks again

free the internet, hey man get onto mediafire or summit, this rapefire is cramping your share..

many thanks! much appreciated.

I caught them at the T&C as well, cracking gig as I dimly recall and very hectic at the front.

Don't know if I coould hack it now but would still give it a go.

I saw them at the T&C too, it was a cracking gig as I dimly recall and very lively down the front.

Don't know if my old bones could hack it now but would give it a go.